Red River Coriander is a savory, herbaceous heirloom varietal grown by a collective of Hmong farmers along the Red River in the northern highlands Vietnam. Coriander, the seed of the cilantro plant, is ubiquitous in Vietnamese and other South East Asian cuisines where the entire plant — seed, leaves and roots — are used to season and garnish dishes.

Red River Coriander is smaller and darker in color than many other varietals, but don't be fooled by its petite size. It is aromatic and boldly flavored, with earthy undertones and just a touch of lemon zest.

We've never tasted a coriander that is quite this savory before. Use it as a finishing spice (it's packed in a grinder, so it's perfect for keeping on the table next to your salt and pepper!) or add it to dishes that are going to simmer for a long time, so that the nutty, herbaceous flavor is allowed to truly bloom.

Native to the Eastern Mediterranean, coriander is believed to be one of the oldest spices in the world. It has been found in ancient Egyptian tombs and sequestered in caves above the Dead Sea that were inhabited 8,000 years ago. From this region, coriander seeds have spread across the globe to become a key ingredient in many culinary traditions.

We've partnered with DACE, a social enterprise in Vietnam, to connect with the farmers growing our Red River Coriander. It is grown in the Red River Delta of northern Vietnam by an association of Hmong farmers who are part of the same cooperative that also grows our Buffalo Ginger, Purple Stripe Garlic and Drumstick Lemongrass.

The coriander is grown by communities of Hmong farmers in Vietnam's northern highlands, who are learning to grow higher-value crops and transitioning to organic and regenerative agricultural methods. We're honored to support them in that work, and to share their zesty, herbal coriander with you!

I love Burlap & Barrel products. I just ordered the Red River Coriander and believe me it is almost gone. I have not bought anything that I did not like. My favorites are: Black Urfa Chile, Black Lime, everything!!! There are one or two that I have not used yet but so far, I love the fast delivery, the history of the products and the cooperation with the businesses you get products through! D the Cook!

Part of new tastes to experience

Positive and essential to some of my old recipes, especially vegetables.

Love the outstanding freshness and flavor. Also the ideas to use in your cooking intrigue, I've not tried all of them but love it on Zucchini (now very in season) My slight concern is the grinder which I would love to be a bit finer. My White Pepper grinder works wonderfully, the one on my new Coriander gives too many large pieces. That said the flavor is great. 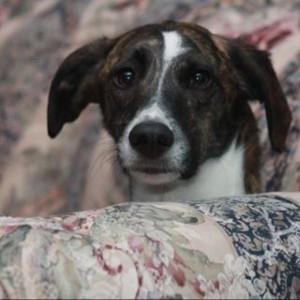 I enjoy the entire experience of dealing with Burlap and Barrel. Fresh spices, well sourced and sold at a great price. What is not to love?

Red River Coriander
1.0 oz grinder top jar
Was this helpful?  0    0
Back to asia
Use left/right arrows to navigate the slideshow or swipe left/right if using a mobile device