Our Royal Cinnamon has been harvested in the mountains around the ancient Vietnamese capital city of Huế for milennia.

The same species as Saigon cinnamon (cinnamomum loureiroi), royal cinnamon is an heirloom variety not widely harvested or exported, and exemplifies the intense sweetness and spiciness for which Vietnamese cinnamon is prized.

"When my friends quizzed me on the exact ingredients, I was forced to fess up and pass around the jar of cinnamon that was solely responsible for the cake's "wow" factor...Compared to any other ground cinnamon, this is powerful stuff." Bon Appetit / Healthyish

“This Vietnamese heirloom cinnamon has fiery, enormous flavor that makes me emotional. Smelling it is like experiencing your favorite holiday memories and trekking through the Quang Nam mountains at the same time. I blend it with tomato and brown butter to spread on lahmacun and use in any baked good with warming spices.” Zoë Kanan, Pastry Chef and Eater Young Gun

"Burlap & Barrel’s Royal Cinnamon will completely shake up your routine. This variety has notes of honey and citrus that will make your snickerdoodles and cinnamon buns shine. Because Burlap & Barrel’s spices are so fresh, you’ll find the cinnamon is also great raw, sprinkled over oatmeal or on top of yogurt, with none of the powder-y blandness of the grocery store variety you’ve probably had in your pantry for a half-decade." Yahoo / MyRecipes

I never write reviews.. This cinnamon is wonderful.. I put it on everything .. and even put it in my coffee.. You won’t be sorry ... order it...!! YUM 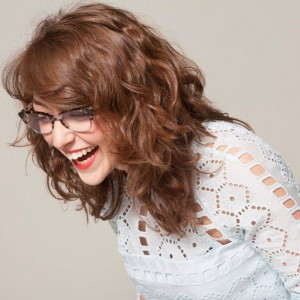 Yes, like many other reviewers, this is the best cinnamon I’ve ever tasted. I put it in my coffee every morning. Can’t wait to bake more with it.

i have given your royal cinnamon as gifts as well as using it myself. everyone loves it. have also tried the cumin. again, superb.

I’m on my third order from B&B. I will never buy spices from anywhere else ever again. Hands down the most flavorful full bodied cinnamon. If you think you know what cinnamon tastes like you are seriously missing out. The Royal Cinnamon is beyond words.

Tastes like cinnamon.. not sure what's so exciting about this.

Royal Cinnamon
1.8 oz glass jar
Share   |   Facebook  •  Twitter
Was this review helpful?  0    0
Back to Single Spices
Use left/right arrows to navigate the slideshow or swipe left/right if using a mobile device