*Click the drop-down menu above to select individual masalas.*

*If the spice is marked "PREORDER," that means we're working on getting it back in stock! We'll ship it as soon as it's ready, which may take a few weeks.*

Looking for more recipes? Find them at floydcardoz.com.

Floyd Cardoz was a celebrated Indian-born American chef, beloved for the warmth and spice he infused into ingredients and the genuine care and compassion he bestowed on his staff and guests alike. In his 30-year career, chef Floyd led restaurants in the United States and India, penned two cookbooks, won a national television cooking competition, and contributed his time and talent to countless charitable organizations. He passed away from complications of COVID-19 in March 2020.

The FC + B & B collaboration masalas were conceived in 2019 by Chef Floyd. We're proud to release them with his wife and business partner, Barkha Cardoz, as a memorial to his love for the cuisines of India and his passion for sharing them with the world. A portion of the proceeds will benefit Cookies for Kids' Cancer, a non-profit that he supported.

"Every Goan family has a blend of spices they use for everyday cooking -- this was Floyd's. When our sons were young, we decided to leave out fresh chili peppers to cook milder curries of shrimp, chicken, and vegetables. Adding coconut milk makes this earthy curry creamy and full-bodied." – Barkha Cardoz

“When Floyd was 18, he traveled to India’s northernmost state of Kashmir. He had never tasted their mix of Kashmiri chili, ginger, and fennel before, but the combination quickly became one of his favorites. This aromatic masala gives beans, vegetables, lamb, chicken, and stewed potatoes new life. Cook with yogurt to meld the flavors together.” - Barkha Cardoz

“Every chef has a top-secret recipe of spices they combine for their garam masala. This deceptively simple yet bright and aromatic blend was Floyd’s. Just before serving lentils, beans, vegetables, or meat, bloom garam masala with aromatics in ghee or sprinkle directly into the cooking pot to finish with fragrant, floral notes.” - Barkha Cardoz

You can also get the three masalas bundled in the following ways:

"Never be afraid to try new flavors. There is so much joy in your meal when you cook with an open heart." -Chef Floyd Cardoz, 1960-2020

FacebookTwitter
Be the first to review this item
Filter Reviews:
×
Clear filters
More Filters
A
03/09/2021
Anonymous

These spice mixes have so much incredible depth and freshness. They are so much more than what you would get at your grocery store. I used the Goan Masala to marinate a chicken and it was freaking delicious!

Everything has been so good. Some of them never go back on the shelf. They live right next to my stove. 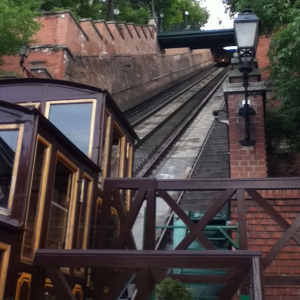 Love these spices for chai milk!

So far I’ve only used 2 of the 3 Masala’s and they were both amazing! I’ve been so busy cooking I’ve been a little tardy with my review, sorry!

I gifted these for a friend and she LOVES THEM. Thank you!