Our cloves are grown by our partner farmers on the small island of Pemba, which is famous for its cloves. They’re hand-picked at the last possible moment before flowering, ensuring the largest size and most mature flavor, and then dried in the tropical sun.

They're bright pink when ripe, and they turn brown as they dry. They have a bright, sweet intensity with a rich warmth and a numbing menthol buzz. Add whole to braised meat or mulled wine, or grind into desserts.

Cloves are the dried buds of a large flowering tree that is grown in the Zanzibar islands in the Indian Ocean off the east coast of Tanzania. Zanzibar has some of the oldest clove trees in the world, and Zanzibari cloves have a significantly higher percentage of essential oils (15-18%) than cloves from other parts of the world. Their essential oil content is so high that they are used locally as a natural substitute for anesthesia.

Zanzibar was at one point the largest producer of cloves in the world, but the rise of plantation-style cultivation and exploitative labor practices in other countries have made it difficult for smallholder farmers in Zanzibar to compete, despite the fact that they produce a much higher quality product. Our cloves are grown by a cooperative of smallholder artisan farmers, many of whose families have been growing cloves and other spices (including our Cinnamon Verum, black pepper and Stone Nutmeg) for generations. Burlap and Barrel is the exclusive importer of Zanzibar cloves into the United States.

Like all of the spices from our partner cooperative in Zanzibar, our Pemba cloves are grown EU-certified organic.

Meet the Farmer: Bwana Mohammad is one of the most successful spice farmers from our partner cooperative in Zanzibar. This photo was taken as he was putting together his own dhow, an ancient style of sailing ship, to transport his clove harvest to the main island himself.

The real deal. Tastes great too.

Extremely fragrant. And has a supple texture. I really like the flavor as it is pure. The results give the product a nice earthy spicy flavor. I used it crushed as finely as possible or simply let them simmer then pick the couple whole sprigs out.

I didn't find the Pemba Cloves to be anything special, and in fact inferior to cloves I already had here from a local spice company. It's a shame - I was hoping for more.

An Olio of Spice Purchases

Have not opened the jars of Pemba cloves or the Herati saffron, ratings forthcoming. We did use the smoked cardamom (apple almond tart, added subtle smokiness) and black lime grounds (orange marmalade shortbread, amped citrus with limey twist) — both are superb.

An Olio of Spice Purchases

Have not opened the jars of Pemba cloves or the Herati saffron, ratings forthcoming. We did use the smoked cardamom (apple almond tart) and black lime grounds (orange marmalade shortbread) — both are superb.

When making stock for ham and navy bean soup, I added approximately 5 whole cloves to the other spices used to flavor the broth as it was simmering. The end result was the best and most flavorful soup I've made to date. I also added a few cloves to the pineapple reduction sauce I made to accompany the ham before serving. The whole cloves took the ham and soup to a new level of deliciousness!! I am looking forward to cooking and baking with them in additional recipes. These cloves are the absolute best - you will not be disappointed!

I was first sad and then really excited to realize that I had run out of whole cloves. The first thing I used my new Pemba cloves to make lentils. I studded a couple onion halves with the cloves and they were absolutely delicious. I can't wait to use them in so many more recipes. 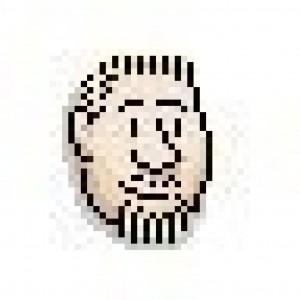 My new chia ritual required new cloves as the old had lost their pungency - these are so nice!

A conglomerate of Spices

OMG, Everything I have tried from Burlap and Barrel has been so good, I keep ordering more of my favs; and trying new ones with each order. I am addicted to the Solar Grown Hot Cobanero-HONEY!! I want this to be sold in Very large jars as an option!! This ups the ante on my morning pot of chai. The problem is I run out of the honey way too fast!!

Pemba Cloves
1.4 oz glass jar
Was this helpful?  1    0
×
Clear filters
Use left/right arrows to navigate the slideshow or swipe left/right if using a mobile device